On June 13, Zhang Cong, secretary of the Xuanhua District Party Committee of Zhangjiakou City, led a team to Yanqing Park to investigate the development of the company. Yanqing District leaders Mu Peng, Yu Bo and Zhang Yuan led the relevant personnel of Yanqing Park to participate in the survey. The leaders inspected the production and operation of HOLTOP and conducted research on the production process of HOLTOP fresh air ventilation system products. During the inspection, the leaders of Yanqing District and Xuanhua District conducted in-depth communication on the development model of the two district industrialization projects. At the same time, in order to help enterprises grow and develop, Secretary Mu Peng works on the spot to solve problems related to the development of enterprises. Subsequently, the leaders of Yanqing District and Xuanhua District visited the company to communicate on the company’s basic situation, project progress and development planning. The survey has played a positive role in promoting the complementarity of the two regions and enhancing the space for industrial technical exchanges. After the inspection, the leaders of the two districts affirmed the contributions of Holtop for the local economic development and increasing the employment. 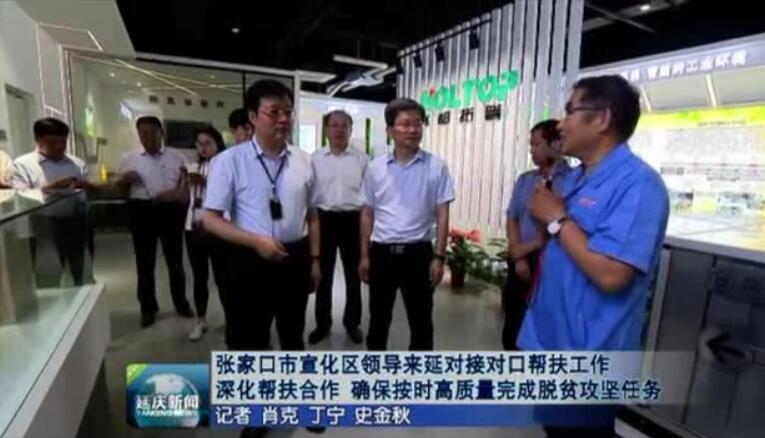 As the High-Tech Enterprise, Holtop will take on more responsibilities of development of industrial leading technology, employee’s career and driving the local economic development and join hand with government to feedback more on the society.